‘Army of the Dead’ Sequel: How Netflix Could Continue the Story | IndieWire 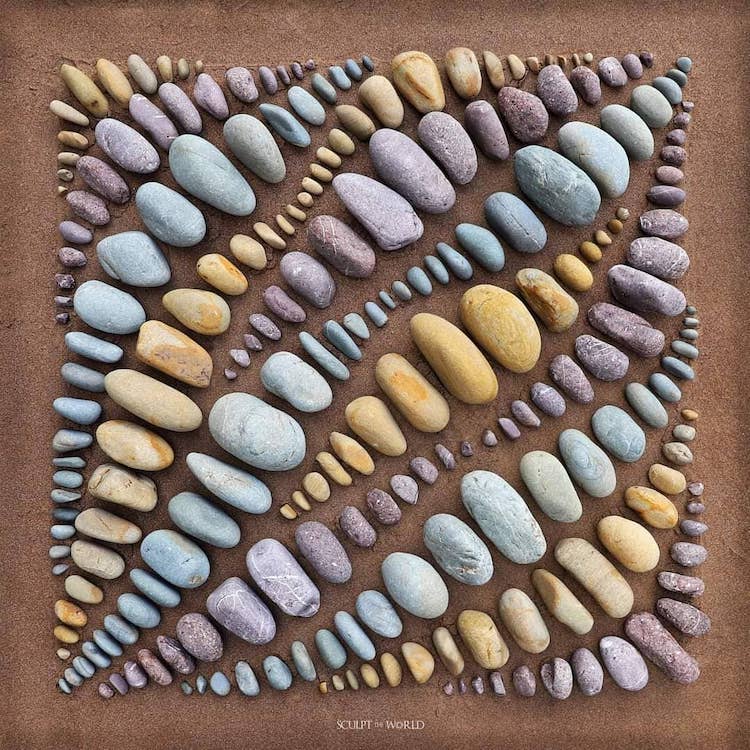 A walk on the beach is one of life’s simple pleasures; but for land artist Jon Foreman, it’s a chance to get creative. The UK-based artist collects natural materials such as stones, pebbles, and shells and then artistically arranges them in mesmerizing swirling patterns. Once he’s finished, the sandy landscape is temporarily transformed. Each ephemeral installation will eventually disappear when it’s reclaimed by the earth or washed away by the tide.

Foreman grew up in Pembrokeshire, Wales, where he became fascinated by the beautiful coastline and woodlands. Today, he collaborates with nature itself by creating art on the beaches he’s known all his life. Foreman often arrives at his chosen location with an idea of what he wants to create, but his rock formations and sand drawings often take on a life of their own. The artist has told My Modern Met, “I quite like not knowing exactly how it will turn out until it’s there in front of me.”

Using rocks in different sizes, shapes, and colors, Foreman can spend up to six hours carefully laying out patterns. From swirls and crescents to circles and squares, his work sprawls across the sand in captivating formations that often mimic existing motifs in nature. Some pieces look like the patterns found on shells, and others take on the wave-like patterns of sand ripples.

When he’s not using found objects, Foreman simply draws in the sand. He showcases his epic creations by photographing them from above, standing on a cliff that overlooks the shore. From patterned circular designs to geometric lines, each extraordinary sand drawing appears just like an alternative crop circle.

Check out Foreman’s latest land art below and find more from his Sculpt the World series on Instagram. 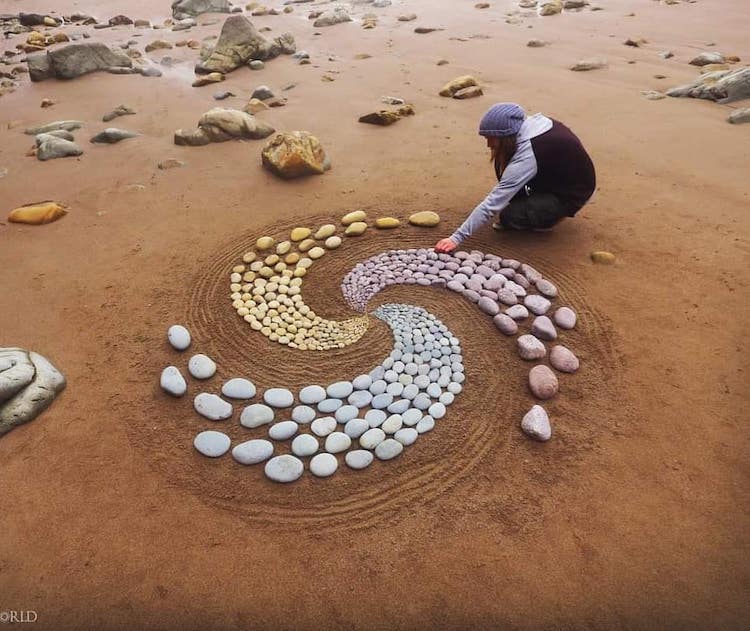 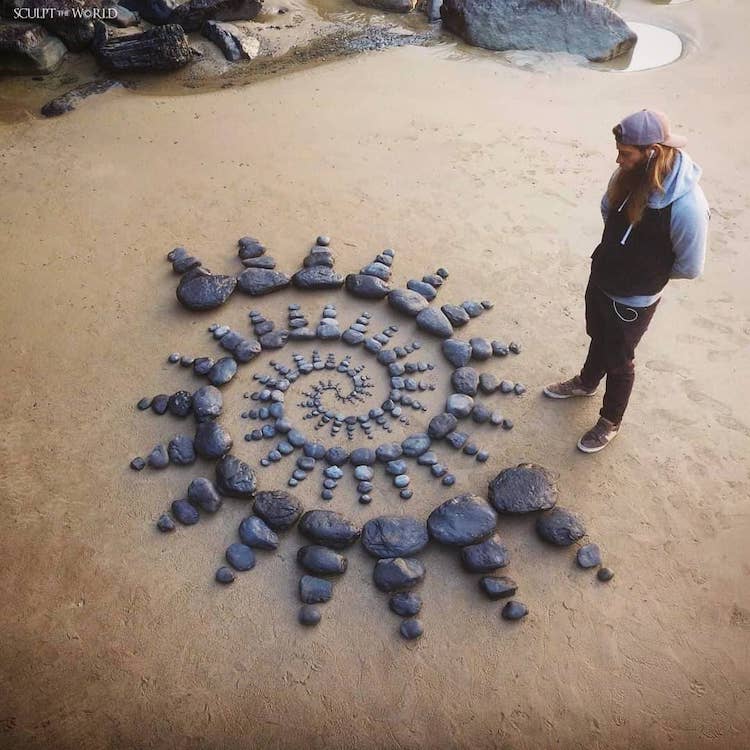 He uses stones in different sizes and colors to create swirling patterns. 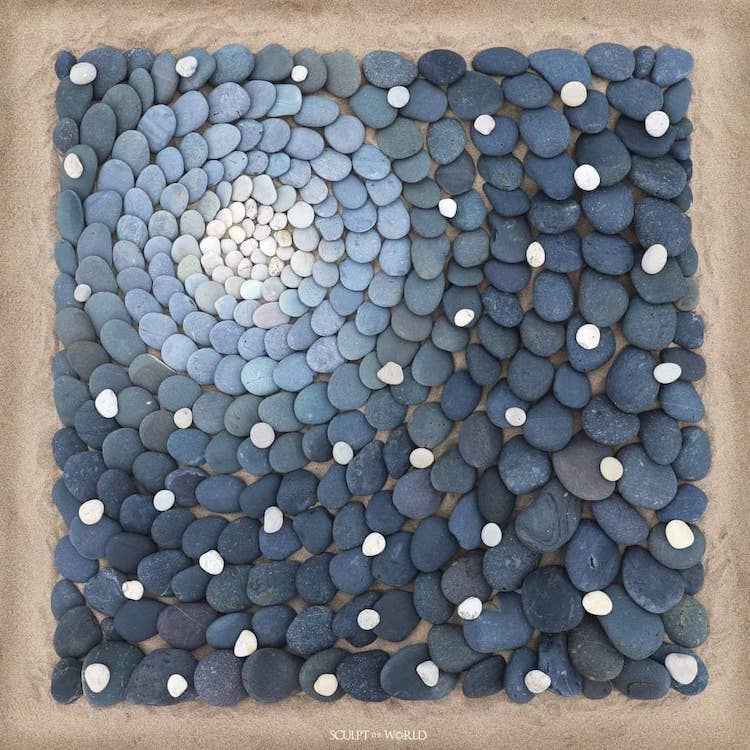 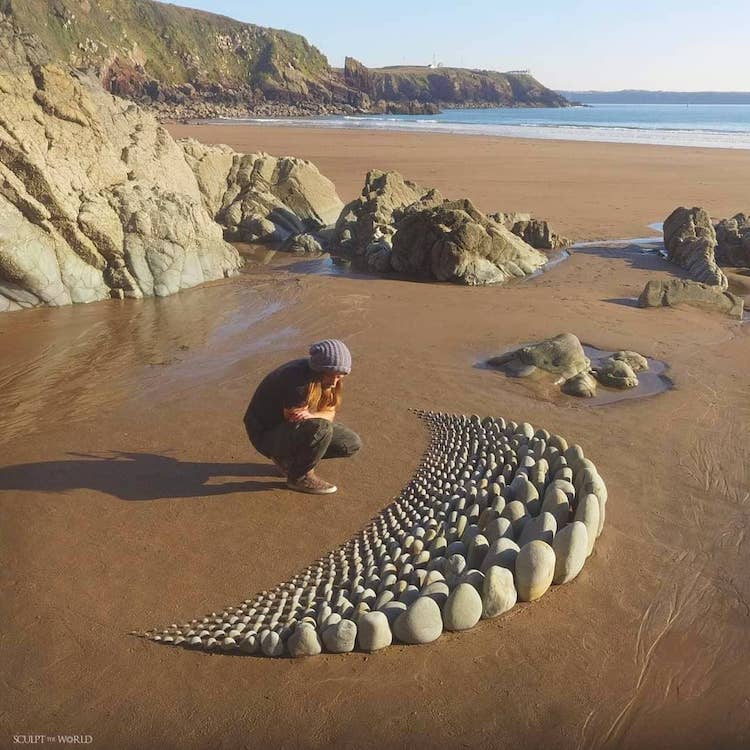 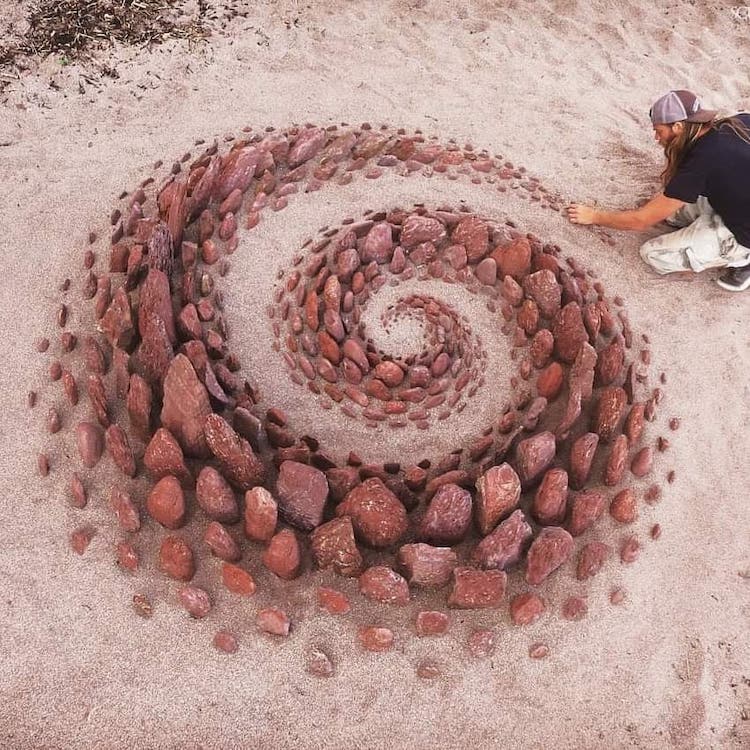 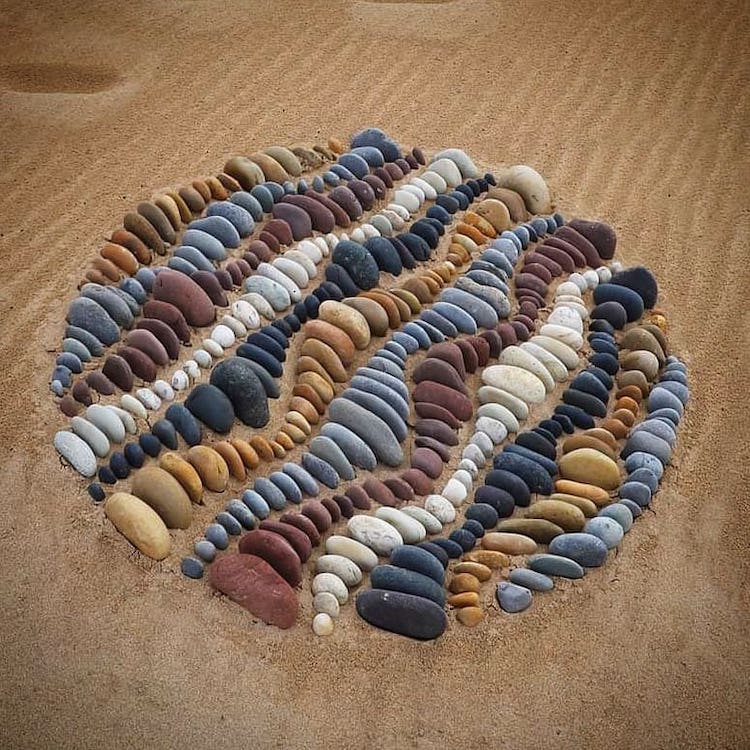 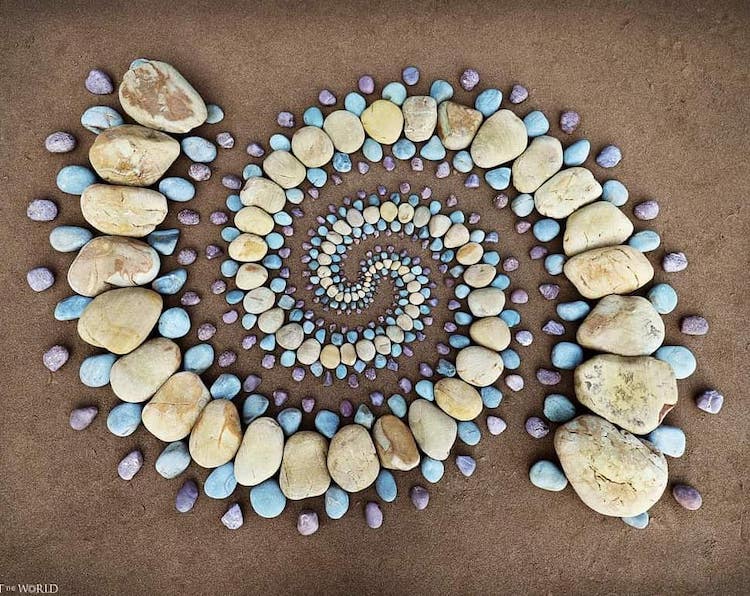 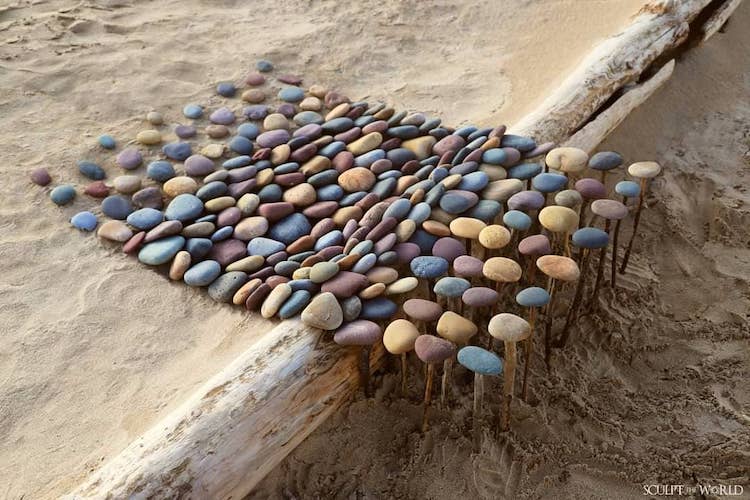 When he’s not using rocks, he draws epic formations in the sand. 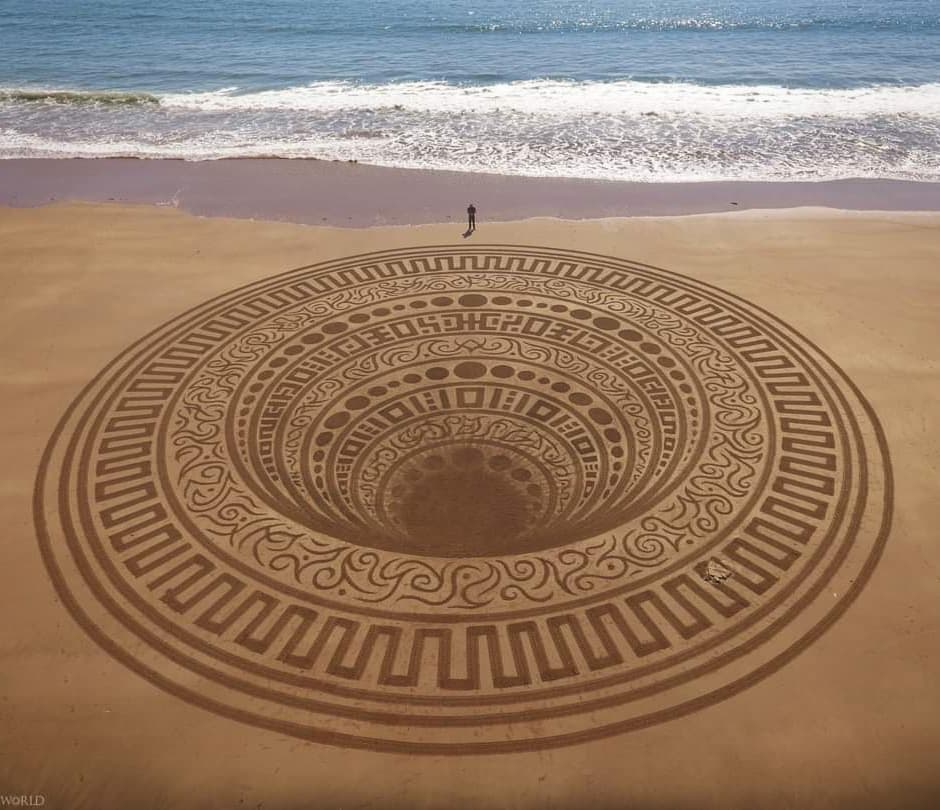 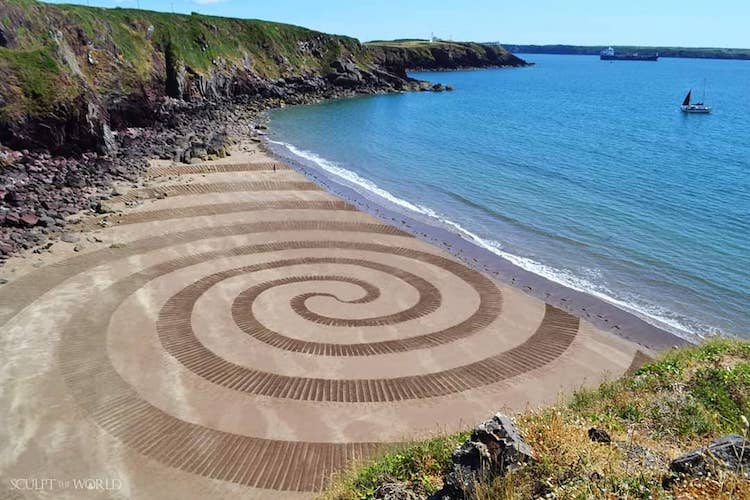 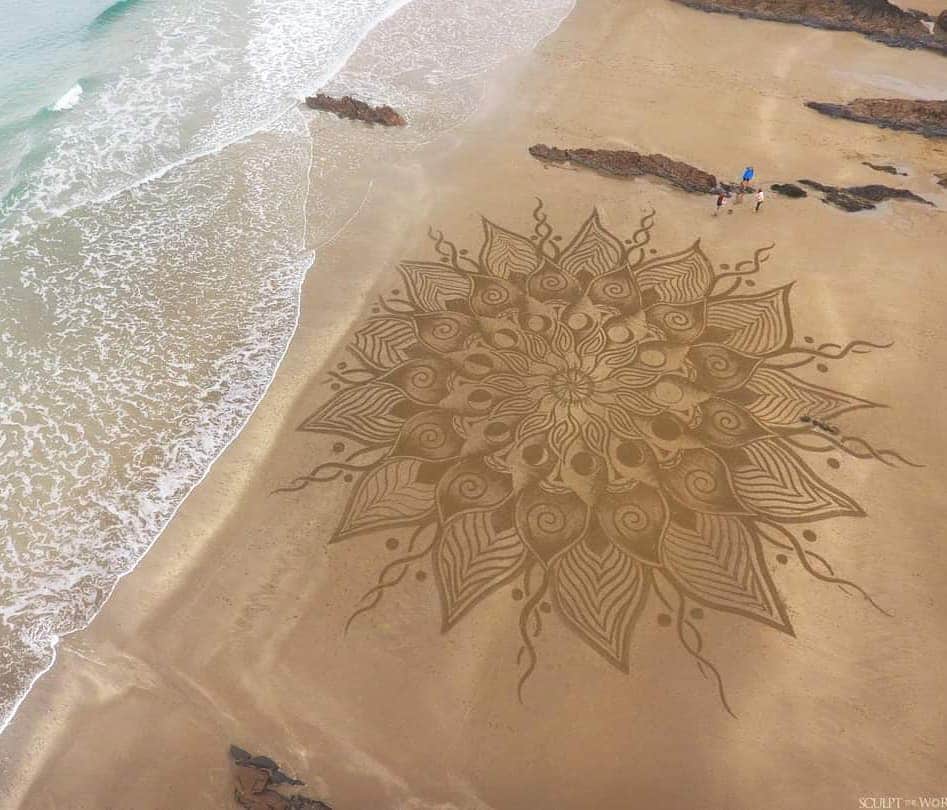 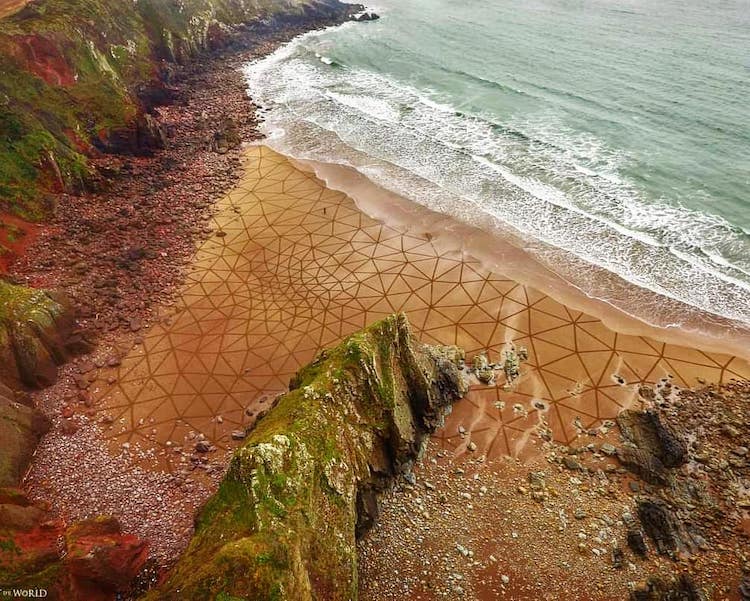 Each ephemeral piece will eventually be reclaimed by nature. 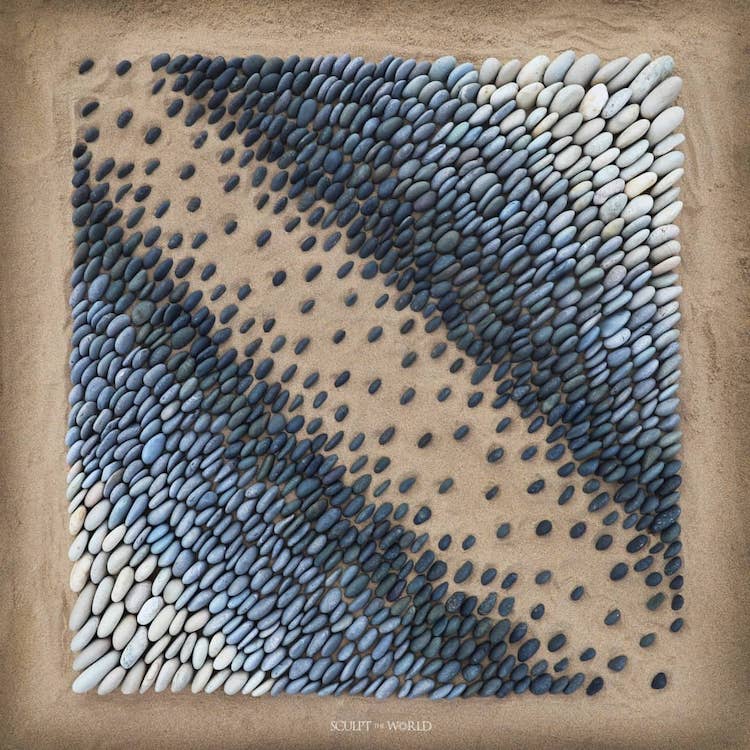 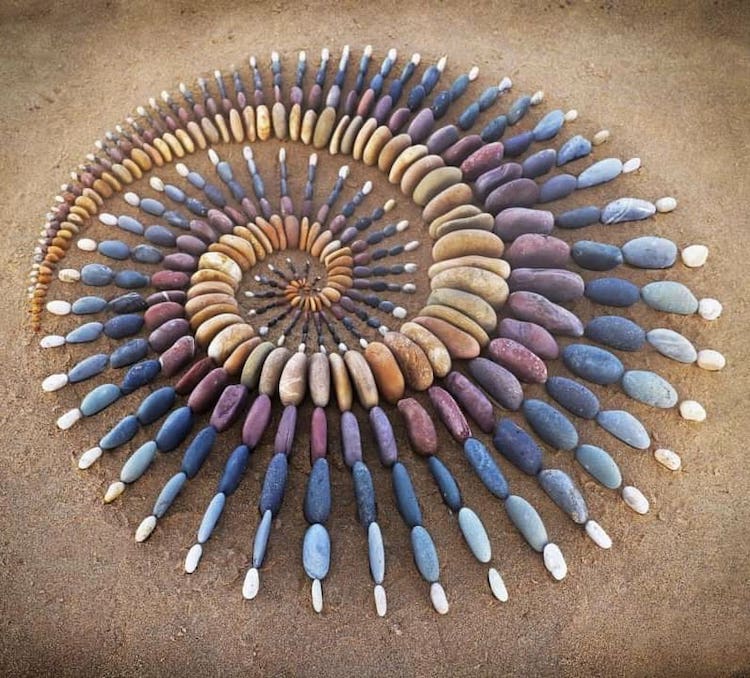 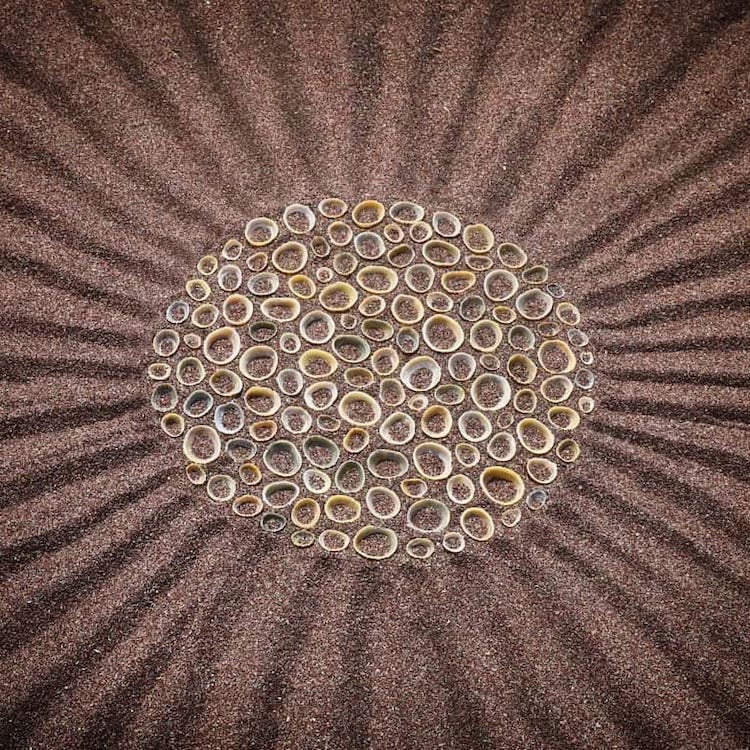 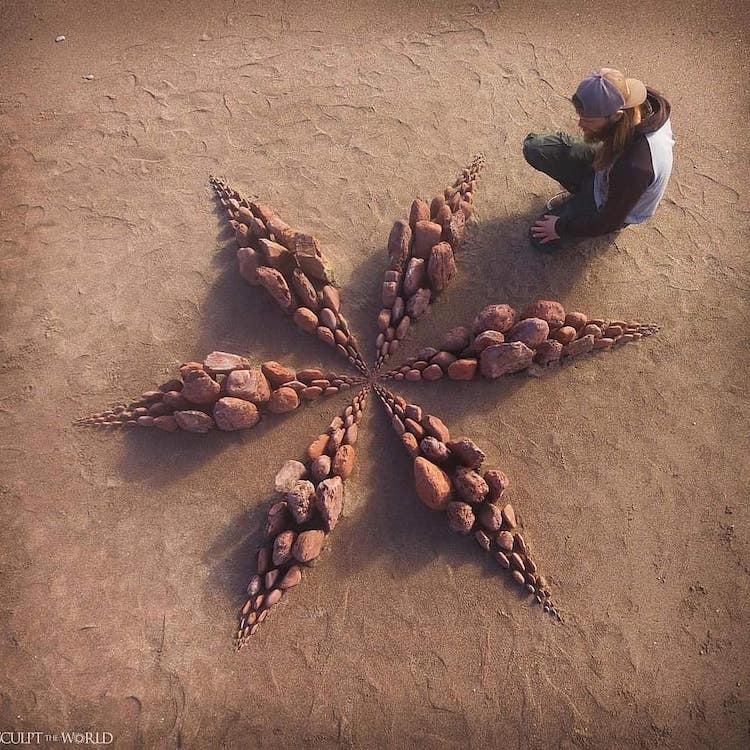 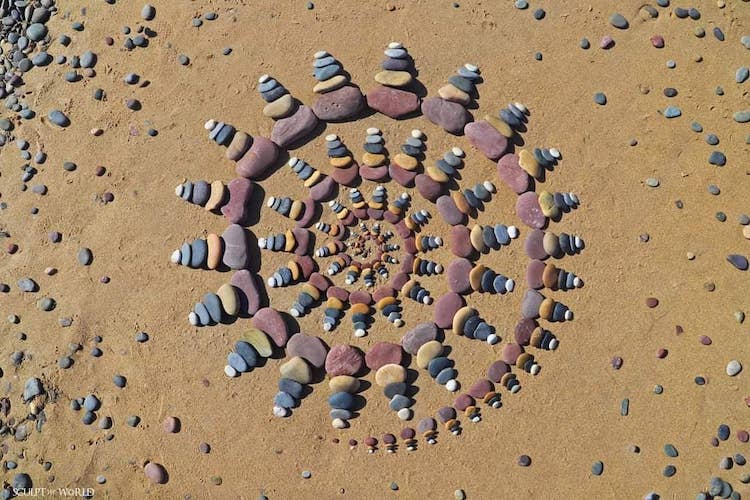 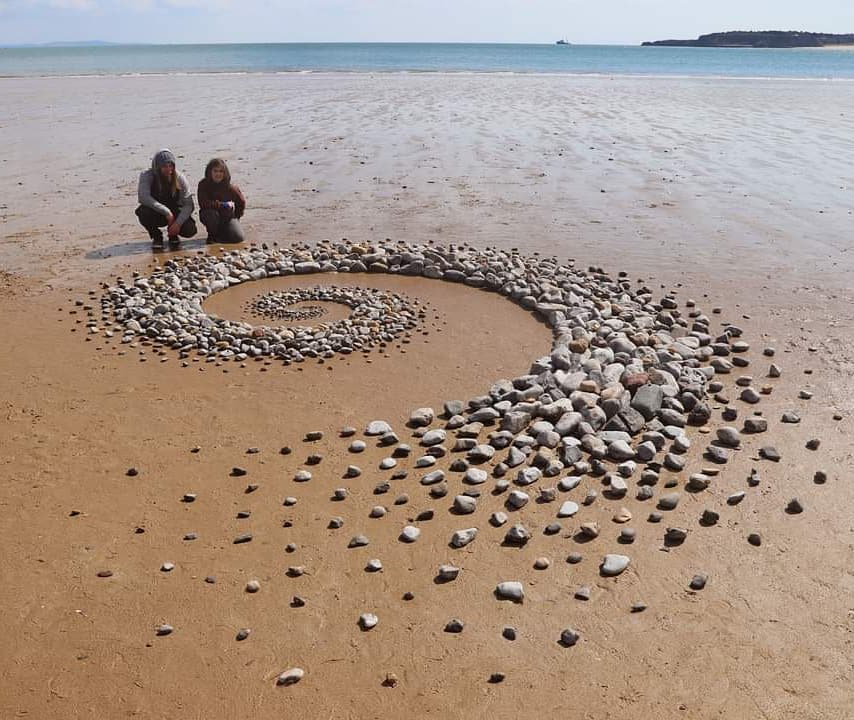 Artist Decorates the Beach With Mesmerizing Arrangements of Rocks

Interview: Ephemeral Land Art by a Man Who Discovered His Creativity in Nature

Spectacular Works of Land Art Celebrate the Beauty of Nature

Related Topics:featured
Up Next